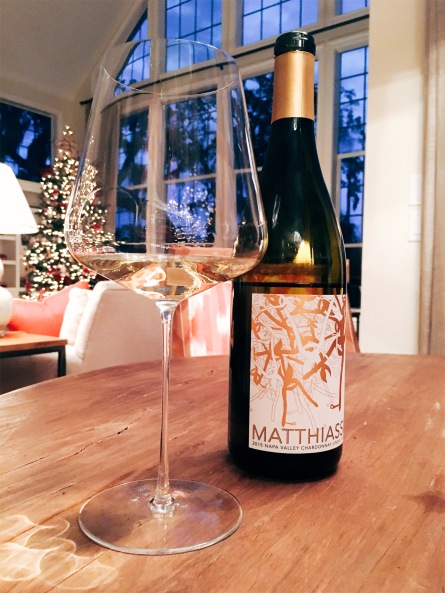 This Sunday was no different other than the fact that the house was filled with Christmas decorations and we were treated to a ribeye cap steak for dinner. Ah, how I love being home for the holidays.

We started out with the Matthiasson 2015 Chardonnay it was mildly fruity, not too sweet, very light and clean – nothing like the box wine from my college days. I typically think of that “textbook” chardonnay as really crisp and acidic. This seemed more subdued.

Along with the scalloped potatoes, roasted tomatoes, green beans, and ribeye cap steak, we also did a new world vs. old world tasting of Nebbiolo. From team New World we had a 2011 Hans Herzog Nebbiolo. Fun fact: my parents went and visited Marlborough last year and were able to tour this winery. From team Old World was a 2004 Vigneto Monvigliero Barolo. Barolo is the “King” of Italian wines and is known for its ability to age well (due to the Nebbiolo grape’s high tannin and acidity).

In this Barolo, we all tasted olives and even something perfume-y like rose petals. I got notes of black pepper, smoke, and tar –  there was something dark and mysterious about it that I liked. The Herzog Nebbiolo was equally delicious- much younger which means much less time to develop – it held its own against the Barolo which we all thought would win the night.

A small aside… One of the movies that holds a permanent place in my cyclical movie rotation is The Holiday. It’s got everything: a little romance, some girl power, lots of feels, you get the gist. One of the words that is used throughout the movie to describe Kate Winslet’s character is gumption. Her character becomes independent, sassy, strong, witty, and spunky by the end.

Ok back to the wine! I think the Herzog Nebbiolo perfectly embodies that oomph and gumption that they talk about in the movie. It was balanced, a little fruity, but still with that dark edge – and you can tell in a couple years, it will be even more developed and delicious!

I think this is one of the first times I didn’t have a Wine of the Night award to give out. And a reminder for my future self, next time a Barolo is on the menu, buy some truffles to cook for dinner that night. 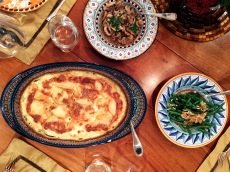 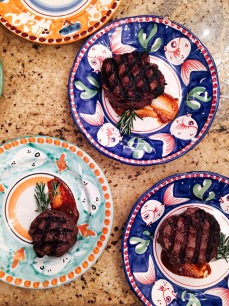 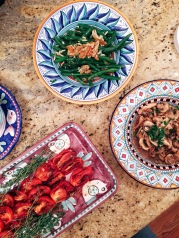 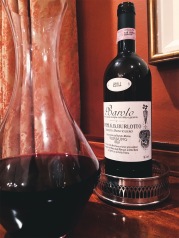 Processed with VSCO with e5 preset

Processed with VSCO with e3 preset

Life as of Late